3 Things You Need To Know About Bail 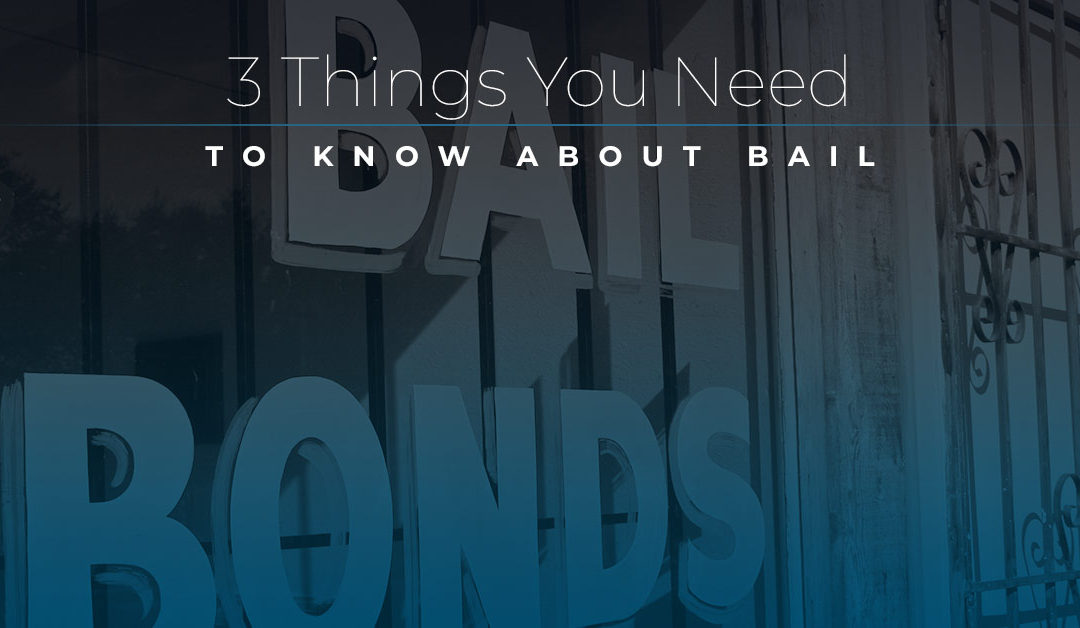 If you have been arrested for a crime, you might have to pay bail. While bail might seem like a simple concept on the surface, it can actually be negotiated, waived, or excessive.

Equip yourself with information about bail to ensure you understand this part of your process. For help getting your bail lowered or waived, contact a criminal defense attorney today.

1. Bail Is Meant To Get You To Appear In Court

Bail, set by a judge, is like a promise. If a judge sets your bail at $5,000, this means you can either pay the bail in cash, property, or a bond. When you pay the set amount, by any of these three means, you are essentially committing yourself to appear in court — or else you won’t get your money back.

Paying bail quickly means getting out of jail quickly, but this doesn’t mean that your legal woes are over. In fact, you must show up to court in order to get your bail money back.

2. Your Bail Can Be Negotiated

Thanks to a few constitutional protections and legal procedures, you might be able to lower your bail. This is where having a criminal defense attorney on your side can be a game-changer.

Bail is initially calculated by an algorithm that takes multiple risk factors into account, such as:

If a judge (taking these risk factors into account) determines that you are highly likely to not appear in court, your bail is likely to be higher.

The Eighth Amendment of the United States Constitution, however, protects against excessive bail. This means that a judge cannot set an absurdly high bail or use a high bail to punish an individual.

Finally, if an individual cannot pay bail, they can petition for the judge to lower the bail. Usually with the help of a criminal defense attorney, a defendant can make the case for a judge to lower bail in a bail hearing or during the arraignment.

3. You Might Not Need To Pay Bail At All

In certain cases, a judge might release an individual “on their own recognizance” (O.R.). Being released on O.R. means that a judge believes you are likely to show up to court on your own merit. So, instead of posting bail, a judge will trust you to show up to court.

It’s not always easy to get released on O.R., as judges consider a host of factors, such as:

A criminal defense attorney can help you with bail or O.R. issues, and they can be a great resource for which option is best for you.

If you or a loved one has been arrested and is facing an issue related to bail, call The Law Office of Lisa Pelosi today. We’re available 24/7 and can be your advocate in court.