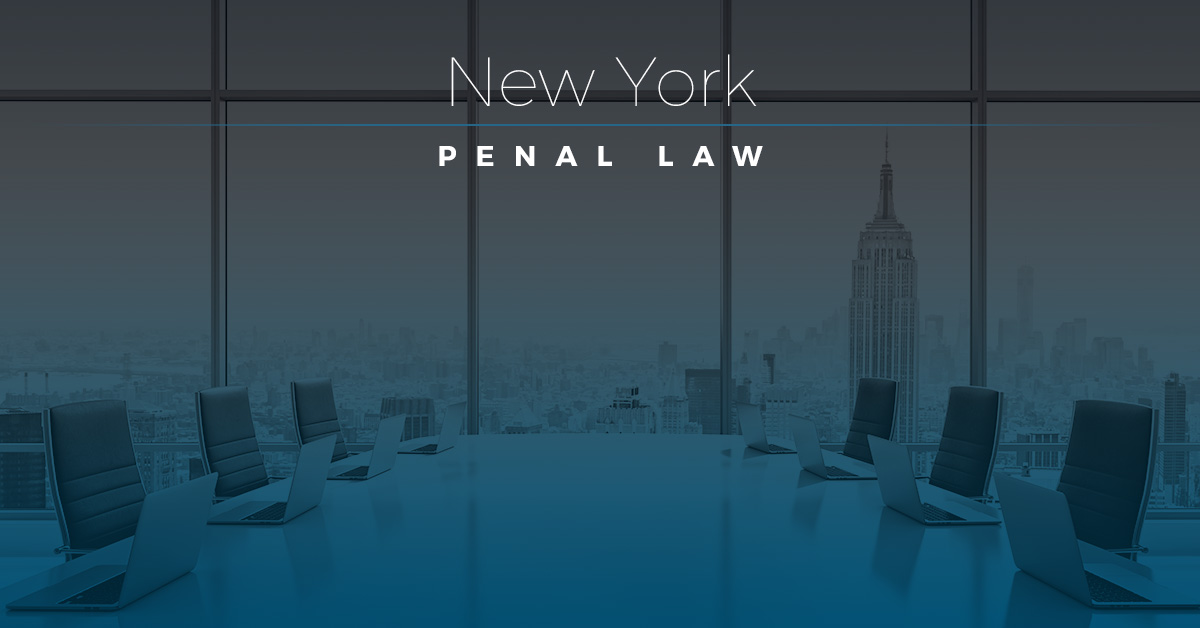 Penal law, often used synonymously with criminal law, refers to any laws created and enforced by a state.

New York, for instance, enacts and enforces laws based on its own state statutes and procedures. As such, penal laws enforced in New York might differ greatly than penal laws in New Jersey, California, or any other state.

In general, penal laws exist to protect the safety and welfare of the public. As such, those who break penal laws are subject to penalty.

What Are Examples Of Penal Law In New York?

Penal law is an extremely broad category. After all, it refers to all state-adjudicated laws. From larceny to identity theft and weapons possession to welfare fraud, just about any criminal act you can think of would fall under penal law.

When it comes to New York’s penal code, these are some examples of common penal law charges:

While these are just a few examples, they illustrate the range of crimes that fall under penal law in New York. If you have been convicted of a crime within the state of New York, it behooves you to hire a criminal defense attorney.

One of the reasons why it’s so important to hire a good criminal defense attorney involves the complexity of penal law in New York. It’s not just a matter of whether an individual has committed burglary or not — it’s a matter of understanding the sentencing.

All penal crimes fall into a category depending on the severity — this category is called a “class.”

From least to most severe, New York penal law classes include:

Within each class, there are also various degrees. For instance, a violent felony generally involves the following general sentence classification:

As this classification chart illustrates, “A” refers to the most serious type of crime whereas “E” relates to a less severe crime.

The sentence an individual receives does not just depend on the type of crime he or she committed. When it comes to penal law, other factors help to determine the type of sentence a party will receive.

Factors that contribute to penal law sentencing include:

If you or a loved one has been convicted of breaking New York penal law, our criminal defense attorneys in New York can help.

The Law Office of Lisa Pelosi has more than 30 years of experience litigating New York penal law cases. We understand the strain that these legal processes can take, and that’s why we’re personally available 24/7.

For a criminal attorney in New York who will fight for you from the beginning, contact The Law Office of Lisa Pelosi today.