What To Do If You’re Facing A Hate Crime Accusation 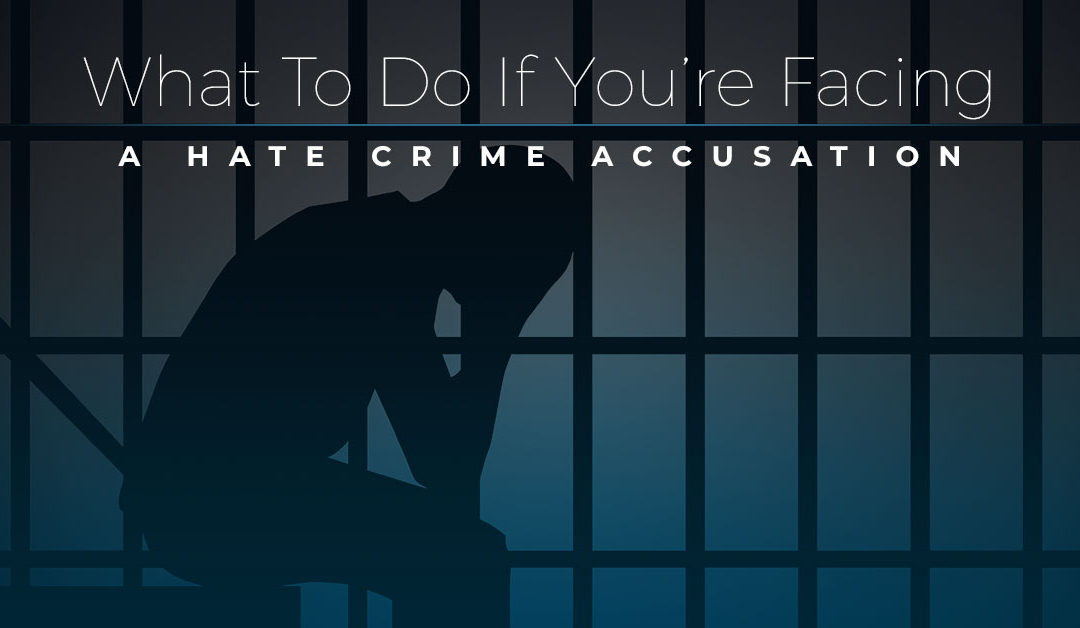 In this day and age, hate crimes cases are becoming more and more prevalent. Whether it’s because of the use of social media, better access to information, or an increasing focus on identity, hate crimes are on the rise in the United States.

If you or a loved one has been charged with a hate crime, the accusation can be devastating to your self-esteem, reputation, and even your livelihood. You might face tremendous legal consequences as well.

What Constitutes A Hate Crime?

The term “hate crime” is understandably confusing. It might seem like the term refers to a behavior directed against an individual whom someone dislikes.

Hate crime is more nuanced than that, though. In fact, a hate crime involves an individual who intentionally commits an offense against a person at least partially on the basis of certain characteristics.

An example of this type of hate crime could be an individual purposefully menacing a same-sex couple on the basis of their sexual orientation.

Hate Crimes On The Basis Of A Belief

A hate crime can also be defined as an offense committed on the basis of a belief about race, color, national origin, ancestry, gender, religion, religious practice, age, disability, and/or sexual orientation.

An example of this hate crime might be scrawling a racial slur on a wall in a college dormitory. While there is no direct individual as the target, this still constitutes a hate crime because the offense was committed on the basis of a belief or perception related to one of the above characteristics.

In the court of law, hate crime cases can be very hard to prove. That’s because it’s not sufficient to merely prove that a plaintiff does identify, for instance, as Muslim.

Instead, a criminal prosecutor must prove that a certain action took place because the plaintiff is Muslim.

Say, for example, that a woman was refused entry into a club for violating the club’s dress code.

According to the plaintiff (the woman), she was denied entry because she was wearing a Hijab, which is an integral aspect of her Islamic faith.

The club, on the other hand, might argue that the woman was simply denied entry because she refused to comply with the club’s clearly articulated dress code.

Did the club deny the woman because it is prejudiced against her as a Muslim, or was the denial motivated by other reasons entirely? Was the woman perhaps acting drunk and disorderly?

As you can see, these types of criminal defense cases can become very nuanced — very quickly.

To work with the Top Rated Local® criminal defense attorney in New York, contact the Law Office of Lisa Pelosi at any time. Lisa is available 24 hours a day, seven days a week, so do not hesitate to call for a free consultation in New York.