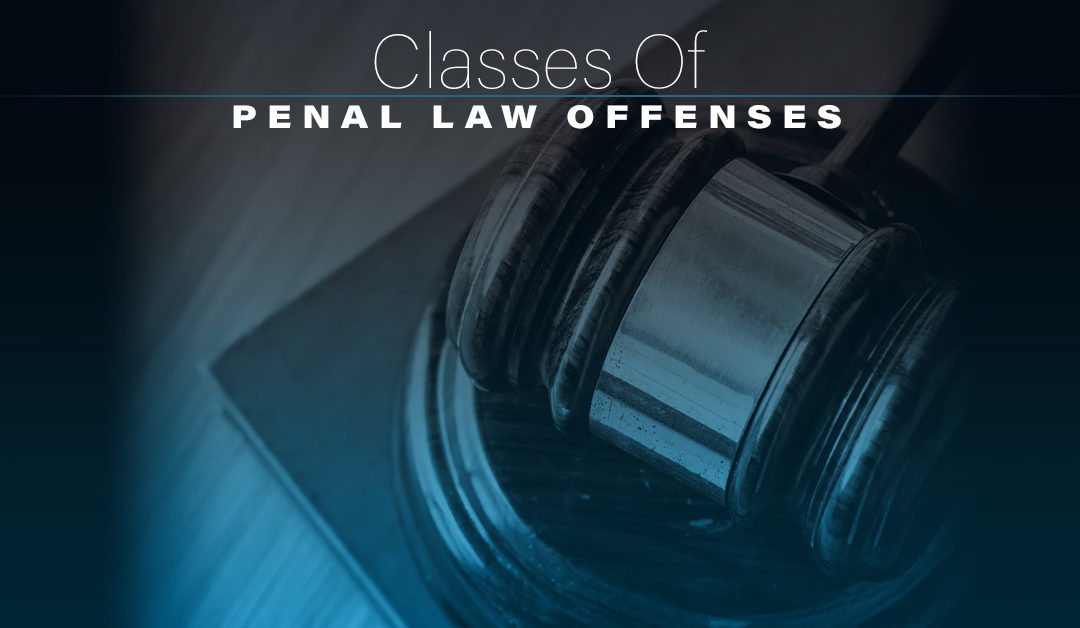 If you or a loved one have been charged with a crime in New York, you will be involved with the state’s criminal justice system.

In general, it helps to understand at least the basic structure of criminal charges and law so that you can advocate for yourself — and, better yet, find a criminal defense attorney who will advocate on your behalf.

No matter the type of crime for which you’ve been charged, “penal law” refers to the general umbrella of criminal law. You can learn more about examples of penal law from the Law Office of Nancy Pelosi today.

While “penal law” is an extremely broad category, it’s easier to understand when you classify different criminal charges according to their severity.

Say that an individual was charged with robbery. It would follow that the charge and sentencing would be the exact same no matter who committed the crime, when it was committed, and how it was done. Robbery is robbery, right?

It becomes a very different charge in the eyes of the criminal justice system when a robbery was performed by someone, say, with a loaded weapon. It’s also a much different — and more severe — crime if the charged individual also has a track record of robberies.

As such, the criminal justice system has a series of categories that takes into account these factors. So, it looks at not just the crime itself, but also the individual who was convicted.

The following is a breakdown of the types of charges in New York State:

Violations are the least serious example of infractions. In fact, they’re technically not considered a crime. A violation, other than a traffic violation, typically involves verbal harassment, trespassing (jumping a fence, for instance), or disorderly conduct.

While a term of imprisonment up to 15 days can be imposed, it depends on the type of offense. In most cases, a person will be issued a ticket and a court date.

Unlike violations, misdemeanors are classified as crimes. They come with a sentence of between 15 days and up to one year.

Misdemeanors also have their own classification system that ranks the severity of the crime: Class A, Class B, and Unclassified. Here, Class A denotes the most serious degree of misdemeanor.

Class A Misdemeanors can result in:

Like misdemeanors, felonies are considered a crime and a conviction can mean jail time, fines, and probation. If you or a loved one has been charged with a felony, hiring the right criminal defense attorney is tantamount to your chance at a favorable sentence.

Felonies have various categories and degrees depending on the severity of the crime, so the potential penalty varies accordingly. In New York, an individual convicted of a felony can be subject to:

Again, there is a huge range of sentencing available when it comes to felony charges. As felonies are the most serious type of penal law offense, it’s extremely important to find a criminal defense attorney who understands the nuances of New York State penal law. An attorney can advocate for you, offer you council, and ultimately argue on your behalf in the court of law.

The Law Office of Lisa Pelosi

If you or a loved one has been charged with violating penal law in New York (e.g., trespassing, disorderly conduct, robbery), a criminal defense attorney can be the difference between maximum sentencing versus a better verdict.

To work with the Top Rated Local® criminal defense attorney in NYC, contact the Law Office of Lisa Pelosi at any time.